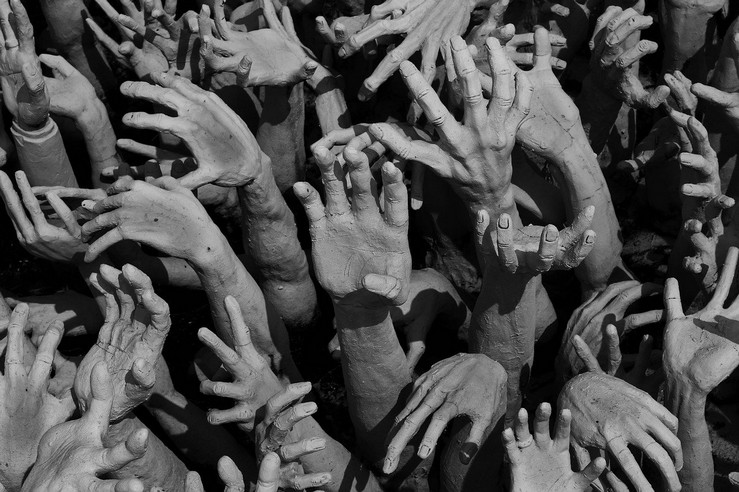 Would a merciful God 'who does not keep his anger for ever' torment sinners for ever in hell?
ONE OF THE HARDEST QUESTIONS a believer in Christ is asked is, “How can a God of love allow so much evil and suffering to take place?” However, there is an even harder question to which many Christians have no satisfactory answer at all. It is, “How can a God of love deliberately torment unbelievers for ever in hell, especially if they have never heard of Jesus?” This article makes a start to answering the question. The full answer is given in my book, The Destiny of the Damned.
Words are like curtains: they can shut out the light or let it in. In the original Hebrew and Greek of the Bible there are several different words for where people go when they die. Gehenna has a very different meaning from Sheol and Hades, and none of them means what is popularly thought of as hell. Nevertheless the Authorized (King James) Version translates all three words as ‘hell’. This is confusing and it obscures the truth. Even my favourite Revised Standard Version translates Gehenna as hell. So let’s begin by drawing the curtains apart to see what these various words meant.
(i) Sheol
The Hebrew word ‘Sheol’ literally means ‘the unseen state’. It is used as a synonym for death. After God had delivered David from all his enemies he sang, “the cords of Sheol entangled me, the snares of death confronted me.” (2 Samuel 22.6) Describing a ‘loose woman’ Proverbs 5.5 says, ‘Her feet go down to death; her steps follow the path to Sheol.’ However Sheol also seems to be regarded as a place beneath the earth. ‘If I ascend to heaven, thou art there! If I make my bed in Sheol, thou art there!’ (Psalm 139.8) “Son of man, wail over the multitude of Egypt, and send them down… to the nether world, to those who have gone down to the Pit… The mighty chiefs shall speak of them, with their helpers, out of the midst of Sheol: ‘They have come down, they lie still, the uncircumcised, slain by the sword.’” (Ezekiel 32.18,21) In the Old Testament Sheol is everybody’s destiny at death, at least until the day of judgement comes. In itself it is neither good nor bad. ‘There the wicked cease from troubling, and there the weary are at rest. There the prisoners are at ease together; they hear not the voice of the taskmaster. The small and the great are there, and the slave is free from his master.’ (Job 3.17-19)